skip to main | skip to sidebar

Going up, down and sticking around - Up, daylight and John & Edward

Going up
Up - (where else could it go?) Disney and Pixar's new family extravanganza, which I'm box-fresh from seeing, is a veritable feast of excitement and joy, with some good old fashioned guilt and conscience-pricking thrown in for flavour. The film focuses on a reclusive widower (the flashback montage of his life, culminating in the loss of his wife and looming eviction from his home, had the audience in tears within the first 10 minutes... including the teenage boy in the row in front) who takes off - literally, in a balloon-lifted house - on a belated adventure to fulfill a lifetime promise to his wife, with the usual strays and stowaways along for the ride. The laughs come easily but the lessons are deep - I had heard someone say that every child should be taken to see this film, and I agree. A movie that respects and celebrates old age? Let the yoof of today put that in their bong and toke it.
Going down 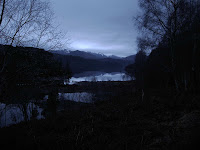 Sunlight - tragic but true, the days are getting shorter and the dark is getting fat. You can turn your clocks back as many times as you want, Daylight Saving (although, on second thoughts please don't - I have enough trouble remembering when you're supposed to do it anyway. Then is it forward, or backward.... what does it mean for the Sky+? etc etc). There's something terribly unhealthy-feeling about waking up when it's still black outside, then dark for another three hours while you try to un-fog your brain. And before you know it it's night again, and 8:30pm feels like midnight. Avoid a dose of the SADs with the comforting, cosy feeling of these seasonal remedies: warm milk with cinnamon and honey in front of FlashForward, Buzzcocks or XFactor; fleecy socks as thick as loaves that you can only just squeeze your feet into (Gap, I'm counting on you again this year); never, ever leaving the house in the evening unless there's the promise of mulled wine, Charlie Brooker or the revival of Pizza Express' much-missed Natale pizza with turkey, sausage-meat and cranberries. Hey, don't knock it till you've tried it.
Doggedly sticking around

John & Edward - the sugar-high, Malfoy-esque, Energizer bunnies of the XFactor, the terrible twins look set to stay as long as the comedy votes keep coming in. I'm warming to them myself (their inspired Britney duologue made for better viewing than Whitney bra-pinging her way around stage) but, in the same way I could never quite accept Darius' guitar-wielding-Jesus-to-clean-shaven-hottie makeover, I have to remember how vile and odious the twins were at their first auditions. Sure, they're all high-kicks and cheeky grins now they've got what they want... I've even heard rumblings that the duo are in fact secret geniuses, orchestrating their image and 'dude, where's my twin?' persona, but I doubt it. One thing's for sure though, there's a very clever Geppetto holding the strings to these marionettes. Dance, monkey boys, dance.
Posted by PoppyCat at Wednesday, October 21, 2009 1 comment: 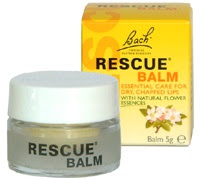 Poppy loves lipbalm today, as the most gorgeous new balm has just arrived through our letterbox and is begging to be written about. It's called Bach Rescue Balm and is produced by the makers of Bach Rescue Remedy (remember glugging droplets of the stuff outside exam rooms in a bid to calm nerves?) Well here at Poppy Loves Lipgloss we simply lurve a product that gives us more for our money, and because the new balm contains many of Bach's famous 38 flower remedies (including cherry plum to help ease anger, rock rose to combat feelings of panic, and crab apple to boost confidence), not only do our lips feel soothed and softened, but our mood does too.
Available from September at Boots and Holland & Barrett, £5.75.
`
Posted by PoppyCat at Thursday, August 27, 2009 3 comments: 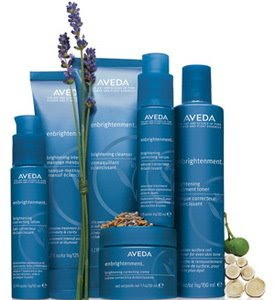 Poppy Loves Lipgloss prides itself on being an up-to-date beauty broadcaster, and the top-secret launches we've been privy to are some of the most gorgeous - and more importantly, useable - products we've seen for a while. 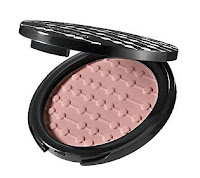 Oven-fresh and coming to a counter near you in August 2009, here's our pick of the beauty bunch:
Prescriptives Well-Suited Finishing Powder, £23 (limited edition) - a posey-pink powder that looks like a blush but has a translucent finish designed for use all over the face, in place of your usual powder. Imparting the subtlest amount of colour, this gives skin a fresh, healthy glow that had us hooked from the first try.
MAC Eye Shadow x 4 in In the Gallery, approx £28 (limited edition) - purple eyeshadow often has colour-phobes running for the hills, but it actually complements the tones in most eyes (be they blue, hazel or green), making it a surprisingly flattering choice. This palette, created in collaboration with painter Richard Phillips, contains a perfect mix of colours (mauve, violet, pink and plum) and textures that can be finger-painted on for a subtle matte sweep of shadow or a night-owl smoky look. 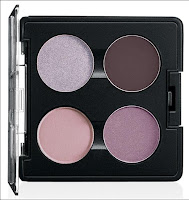 Aveda Enbrightenment skincare range, from £19.75 - infused with skin-brightening plant extracts such as mulberry root, grape and rosemary leaf, Aveda's new range increases your skin's cell turnover (so a tired, dull epidermis is swept away to reveal a more even, luminous skintone). The range includes a cleanser, toner, serum and moisturiser, and a gorgeously indulgent Intensive Massage Masque. Good for getting rid of post-pimple dark patches too.
James Brown Scandalous haircare range - a new selection of lock-loving products that coincide with the opening of Brown's first ever hair salon, 'James Brown London' (where appointments with the man himself start from £500 - ouch). Kinder to the wallet with a starting price of £4.99, the range includes Rock Chick Wave Spray (inspired by best friend Kate Moss), Intensely Glossy Rescue Treatment, and (our favourite) Fabulously Flirty Dry Shampoo.
Images: Aveda, Prescriptives, MAC
Posted by PoppyCat at Thursday, July 23, 2009 1 comment:

PoppyCat
I'm a London-based writer and mummy whose greatest loves include my family, my baby (the eponymous Poppy) and wittering on about this, that and t'other.